‘I was just doing my job’ 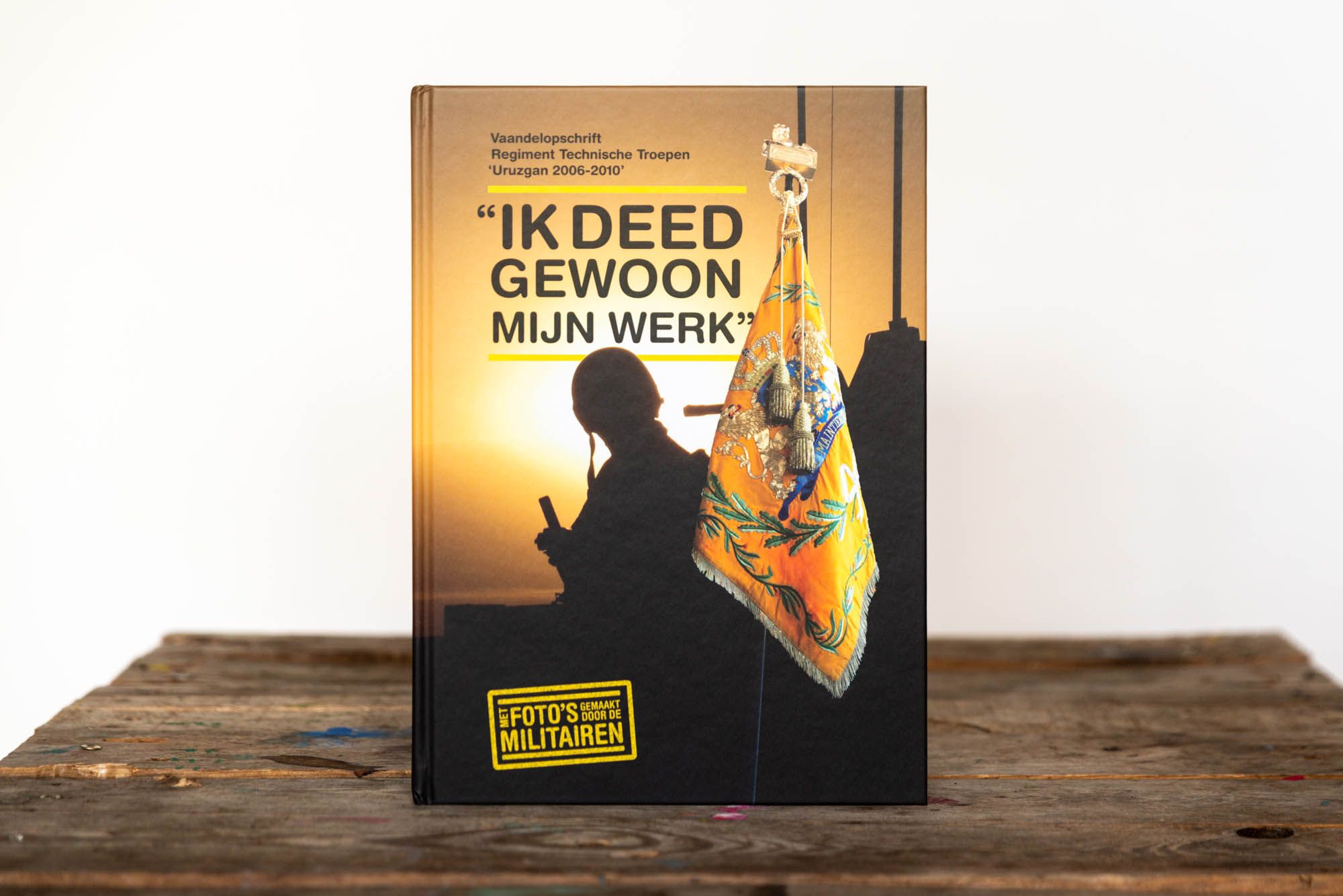 “I was just doing my job”

This book was published because the Regimental Troops received a special award from the king in the form of a Banner inscription. The regiment received this for their heroism during the deployment to Uruzgan in the period 2006-2010.

The book consists of a collection of impressive stories from soldiers about their missions during their deployment to Uruzgan. The stories are accompanied by photos taken by the soldiers themselves.

The design has been kept modest for this honorable assignment. Each story starts with a large photo, over two pages a quote as a title and an intro, then the story is told. with some supporting photos.

The stories and the accompanying photos come into their own as much as possible, they get the respect they deserve.